Sinan’s artistic energies are devoted to painting and sketching, his media is generally that of mixed media. In his work he does not betray the composition principles of fine arts, which can be claimed to be his forte.  While his early works were more biased to an earth tones pallet, as time progressed, he introduced more vivid colors. In its totality, his work engages the audience’s aesthetic sensitivities.

The surface is usually populated as if to stimulate the visual intelligence of the viewer, and to evoke thoughts and emotions. There is always a connection or a dialogue between that of the world and of the spirits.  Sinan explains that most of the bizarre figures spun into his work “are those of characters that visited his dreams as a child” to became his muses as he became their artistic agent.

Each artwork is a narrative of a riddle or a parable. His symbols are the language he utters. Once deciphered, the viewer will have the key to solve his own riddle.

He constructs everyday happenings and items such as pictures, road cones, toys, photos, selfies, and bicycles; to convey his life stories and reflect on relationships.

Sinan marvels at reconstructing allegories and characters of old and new.

The artist belongs to the Plastic Arts School. 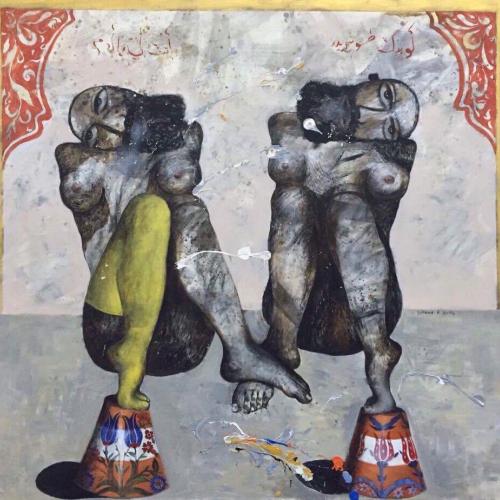 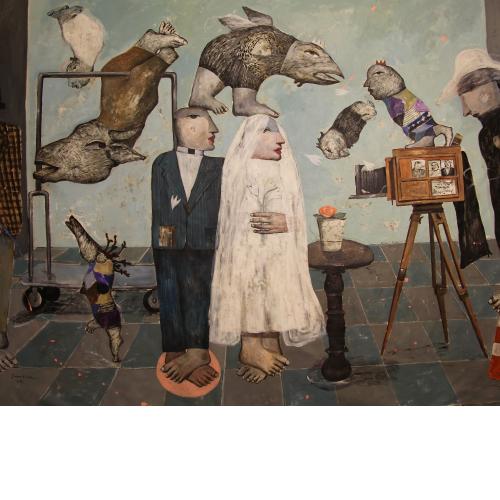 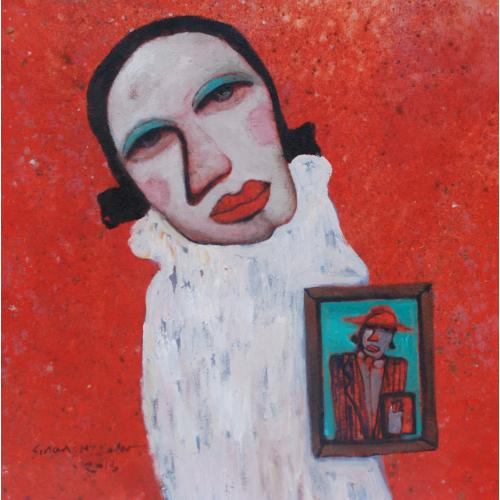 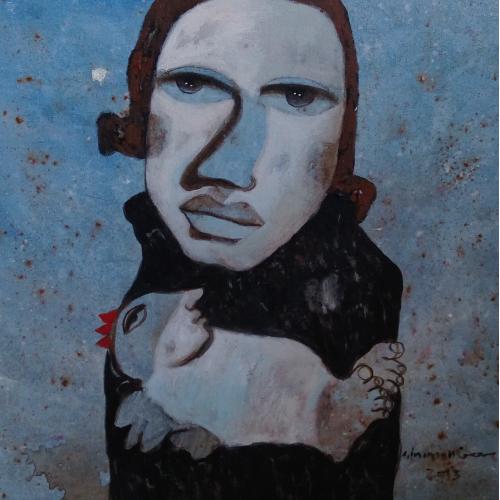 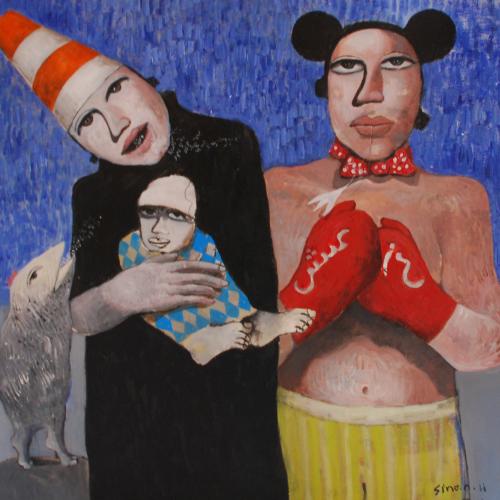 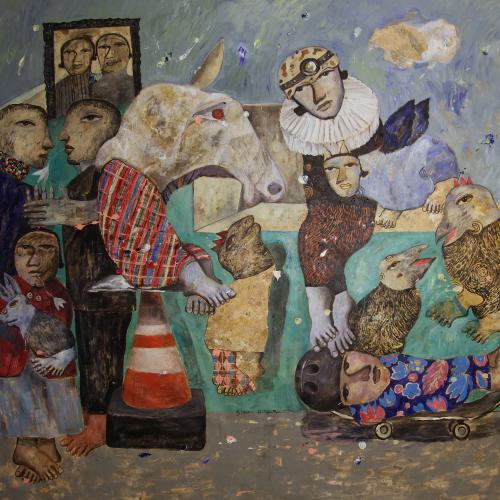 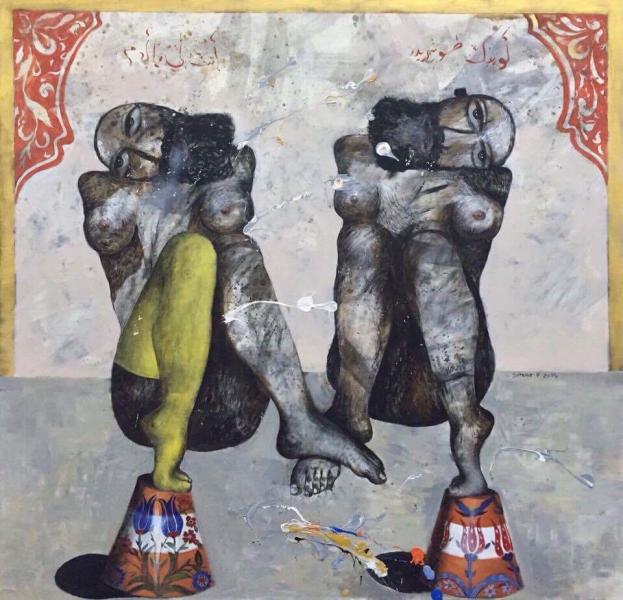 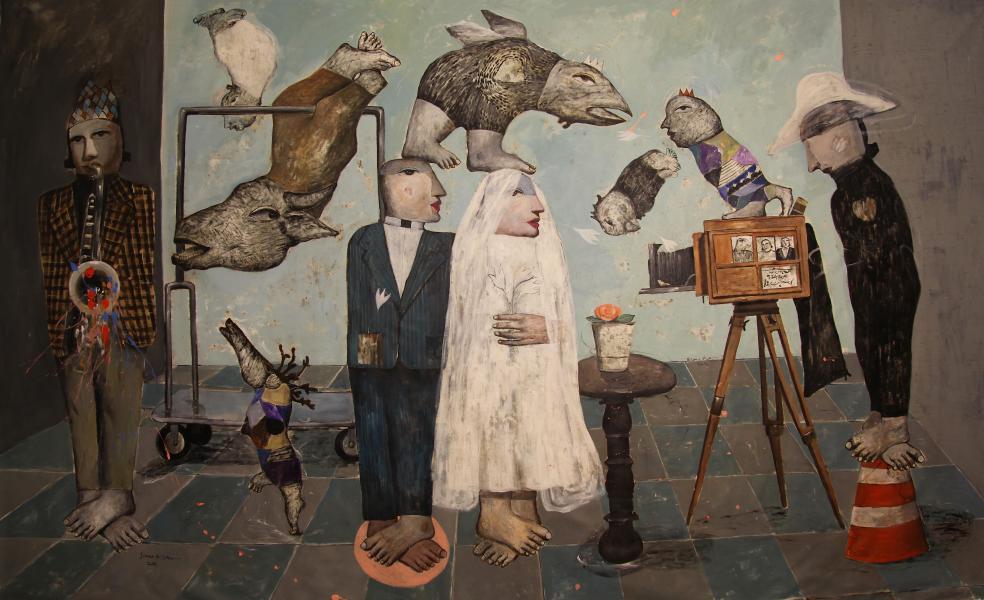 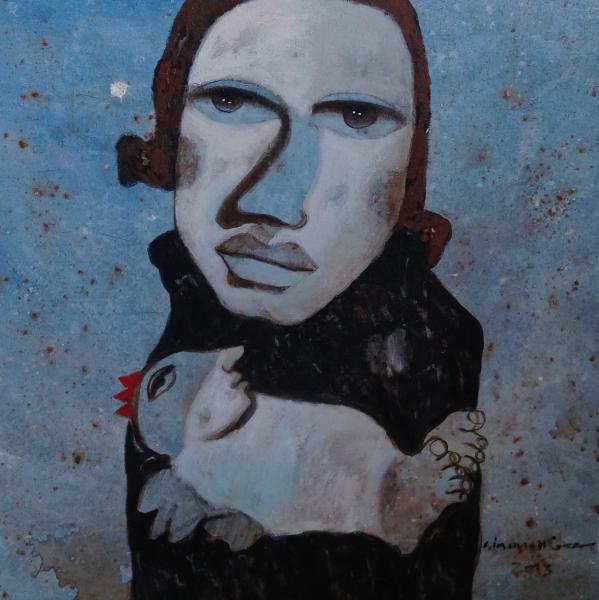 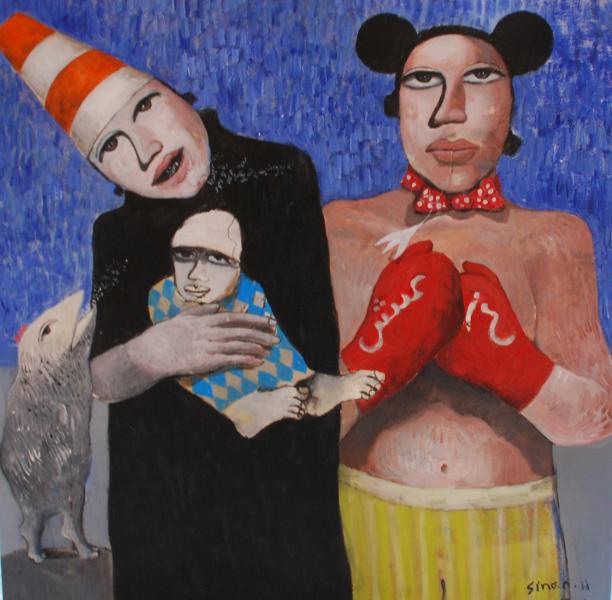 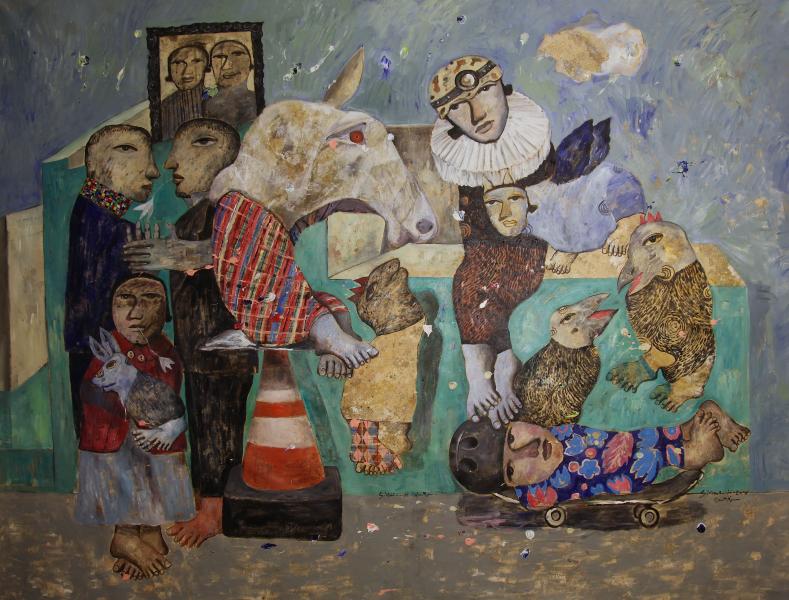