Hanaa Malallah is an internationally acclaimed contemporary artist and educator living and working in London. Malallah teaches at the Royal University for Women, Bahrain, where she is currently residing. In 2019, her artworks were curated in the exhibition “Refuge and Renewal: Migration and British Art, RWA, Bristol, United Kingdom and in 2020 at MOMA Machynlleth. In this exhibition, curator Dr. Peter Wakelin traced the influence artists who migrated to Britain had on the local British art scene since the late nineteenth century till contemporary times. In this exhibition Malallah’s works were featured alongside Old Masters such as Monet, Pissarro, Mondrian, and Schwitters (whose work she loved and was influenced by), to name a few.

After receiving her degree in painting, which she describes her studies as “intense materials and practice oriented,” Malallah isolated herself in her studio for a year and a half. During this time, she researched abstract systems. At the same time of Malallah’s graduation and practice, Iraq was fighting a war against Iran and as it slowly emerged from the Iran-Iraq war, Iraq would enter a new conflict known as the Kuwaiti Invasion. Concurrently, her mentor, the great Shaker Hassan al Said directed her focus, along with her entire generation of fellow artists (known as the Eighties Generation), towards the ancient Mesopotamian past. Access to such ancient history was readily available for Iraqi artists and students as the National Archaeological Museum of Iraq housed a collection of artefacts.

Being exposed to such artefacts, which were “ruined by the passage of time,” and living against a backdrop of war, these encounters characterized the aesthetic practice of the Eighties Generation. Moreover, the disillusionment surrounding the total destruction proved that “traditional” art practices could not truly reflect their artistic message, much like the practice of Dada-ism post World War I. The lack of readily available art materials since the 1980s in Iraq left Malallah and her colleagues with no other choice but to turn to the materials found around them: splintered wood, bullet cases, barbed wire: virtually anything found damaged by the war. This in turn inspired Malallah to begin damaging her own materials of cloth and canvas to construct her art - what she calls “Ruins Technique.

Hanaa Malallah’s work focuses on the “threshold between existence and obliteration,” life and death. Her works of art are extremely poignant due to the utilization of destroyed materials. It is a much deeper, profound way of communicating a conflicting reality of life existing around war, damage, and destruction.

In the artist’s own words, from a statement in 2010 regarding her practice, “my immediate reality changed four and a half years ago when I left Iraq, and though I still burn and tear canvas and cloth, my work increasingly focuses on two vast fields of thought: religion and art. In testing the veracity of art’s spiritual roots as well as the limits of abstraction, I seek knowledge in the space between abstraction and figuration. The representation of the Hoopoe, the iconic leader of the Attar’s avian seekers, in his epic ‘Conference of the Birds’, for example, serves as a simulation of reality, which in itself is a simulation of perfection. Many of my works assimilate the idea of the hidden and the process of emergence based on awe of the unknown and the notion of transformation in the promise of the Secret.”

Malallah’s work has been shown in many reputable art institutions across the United States, Europe and the Middle East such as at the MoMA PS1, New York, the British Museum, London, the Institut du monde arabe, Paris, and the Jordan National Gallery of Fine Arts to name a few. Her exhibitions also were showcased in London and Bristol, UK, Frankfurt and Solingen, Germany, Paris, France, Haag, Holland, and New York, USA. Her work has been acquired by several museums: the British Museum, the Centre for Arts, Baghdad, Museum and Mathaf Arab Museum of Modern Art in Qatar and the Jordan National Museum and Barjeel Art Foundation.

Hanaa Malallah was born in 1958 in Thi-Qar, in the south of Iraq, in 1963 her family moved to live in Baghdad. Malallah received her a degree in graphic design from the Academy of Fine Arts in Baghdad in 1979 and a degree in painting from the Academy of Fine Arts in Baghdad in 1988. In 2000, Malallah received her Masters in Painting from Baghdad University. She received her PhD from the University of Baghdad in 2005 in the philosophy of painting. Ultimately, Malallah left Iraq in 2006 for an artist residency at the Institut du Monde Arabe in Paris, believing she would return within 6 months to a year. With the situation in Iraq growing increasingly volatile, Malallah had no choice but to remain exiled in the United Kingdom where she received her British citizenship. Malallah holds a post-graduate certificate in Islamic and Modern Art from SOAS, London University and a fellowship at the Chelsea College of Arts. 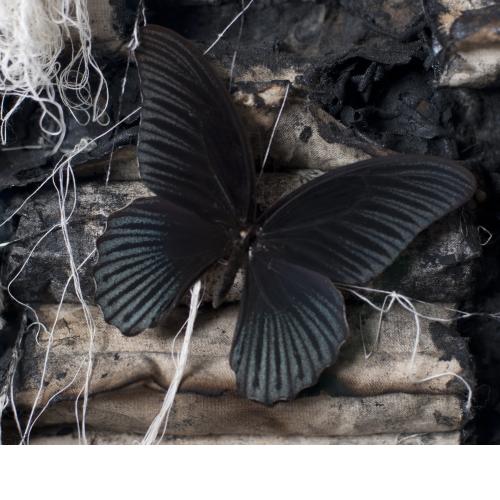 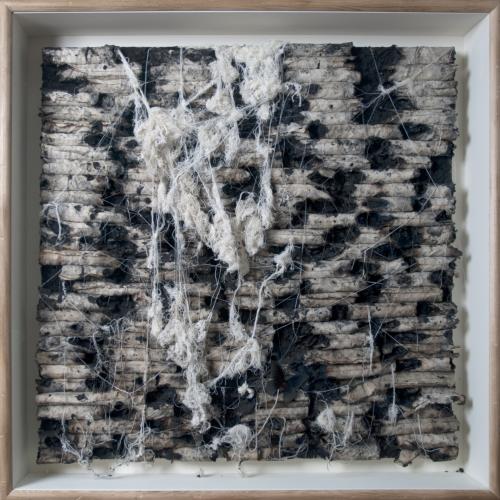 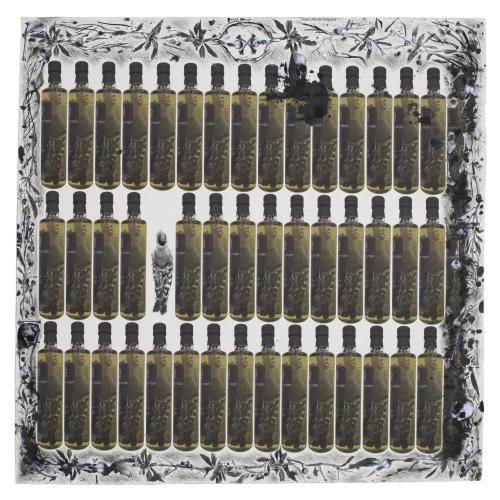 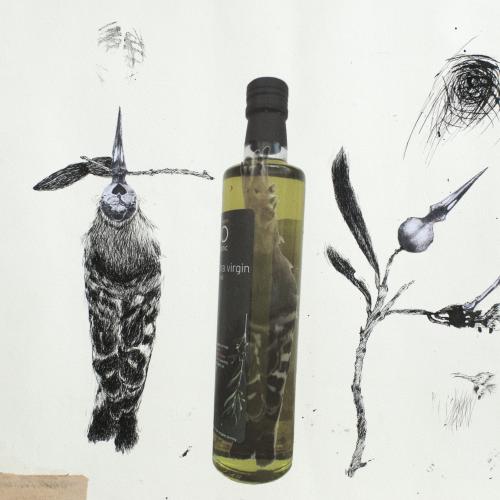 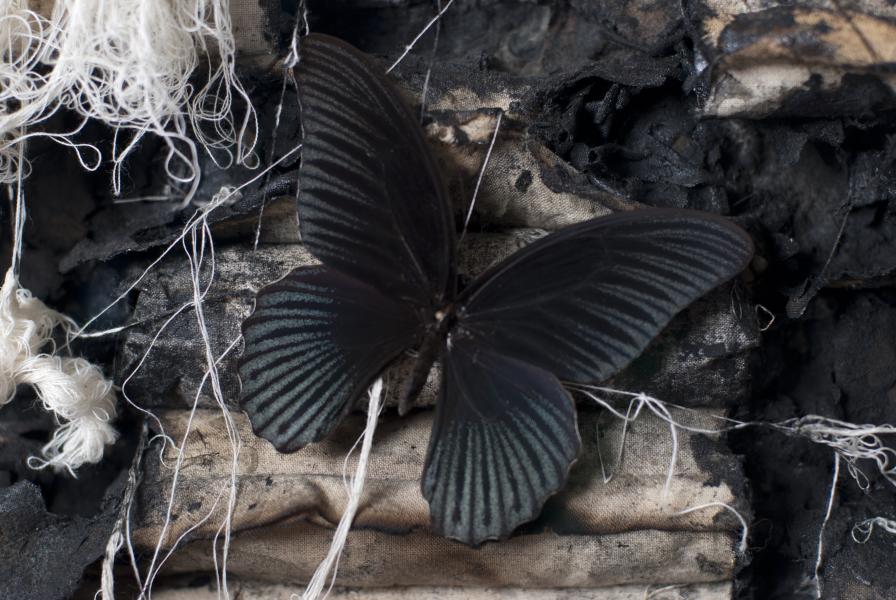 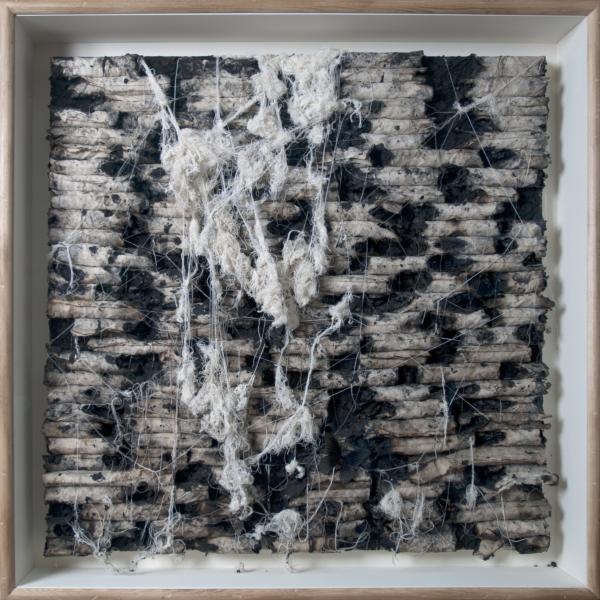 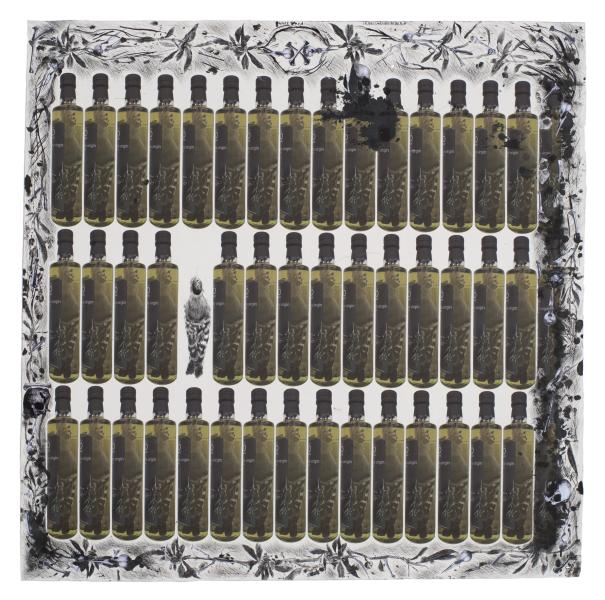 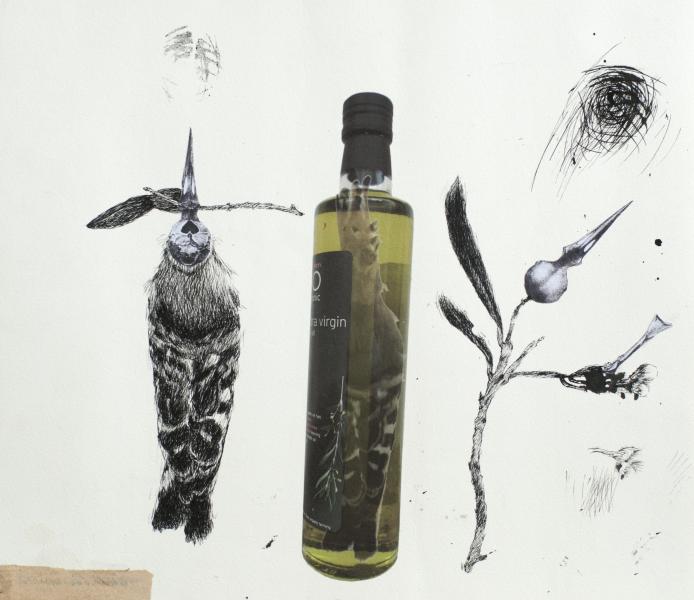